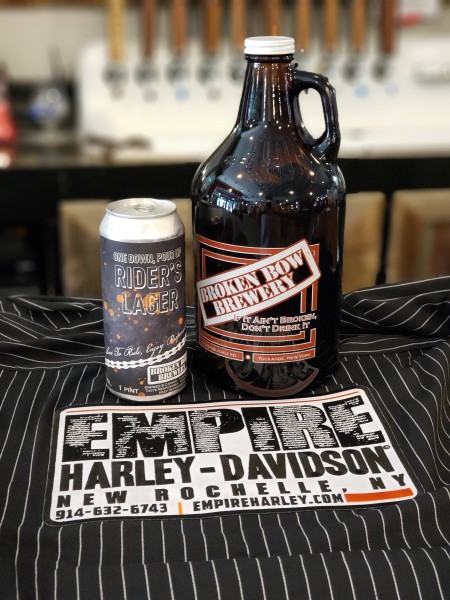 Empire Harley-Davidson and Broken Bow Brewery are coming together to celebrate the release of their new "Rider's Lager" called One Down, Pour Up. Empire and BBB have collaborated to brew a light and refreshing beer that is perfect for enjoying after a fall ride.  The collaboration kicks off with the official can release celebration on Monday, October 19th. Anyone who purchases a 4-Pack will also get a free Empire Harley-Davidson pint glass.*